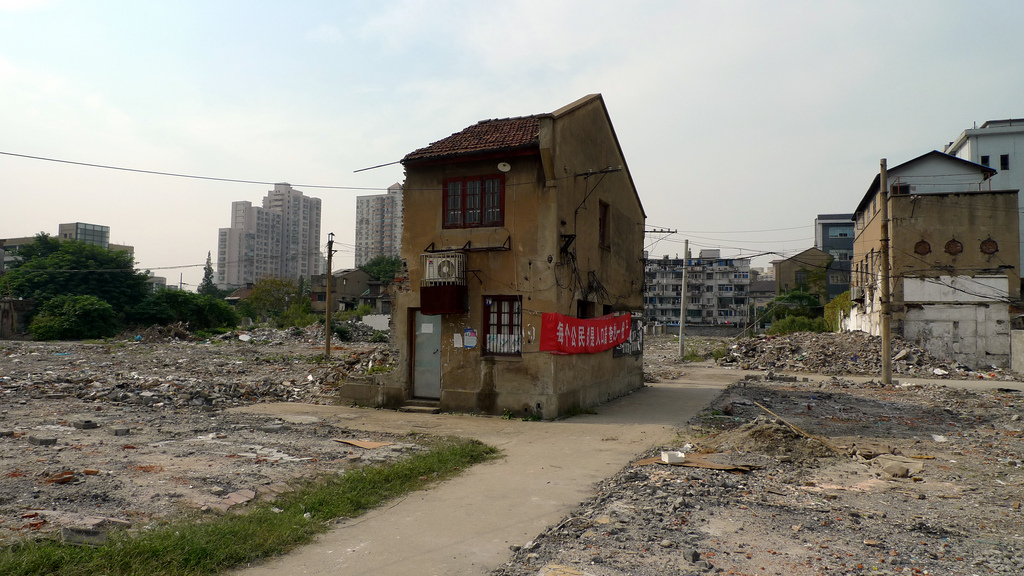 Vancouver’s real estate market is pretty shitty, but until now there’s been some kind of safeguards against rampant gentrification. At the very least, the law used to require that in the event that a property developer wanted to by a strata property (aka condo building), there had to be unanimous consent of the owners to dissolve the corporation and sell the land. This prevented property developers from convincing a majority, though not all, owners to sell – which would likely otherwise leave owners who had bought and paid for title to property in the lurch. This is an excellent protection, especially in a city that seems hell-bent on tearing everything down every couple of years and constructing new stuff in its place.

Well, at least it was an excellent protection.

I was alerted today, by my colleague Zbigniew, that there’s a legislative amendment coming soon to the Strata Property Act in BC – the legislation that “controls” the rampant speculation market and governance of our shared condo buildings.

The amendment? Allowing dissolution (read: selling out, tearing down, and gentrifying) based on an 80% vote of the owners. The other 20%? Shit out of luck.

For developers, it’s a toe in the door, a beachhead, just enough to sell the riches of higher density rezones: “The option will likely result in a higher price being paid because the value is in the footprint that can accommodate a 20-storey building, rather than the existing three-storey building.”[1] just enough to seize the advantage of rezoning that allows for higher density, ie. most of Burnaby.

If you’re not familiar with nail houses (釘子戶), they’re the epic holdout homes of massive and rampant development in China. Often apocryphal, they’re the homes where stubborn owners have refused to sell, despite the 22-lane highway bearing down (and diverting immediately around) them.

It’ll just be hard to see how that will happen with a glass-and-concrete condo.

Talking about the housing market in Vancouver is about as much a pastime for us residents of Lotus Land as is yoga and running the Grouse Grind. In reality, it’s probably much, much more than that – it really, honestly seems like you can’t get out of even a casual conversation on an overcrowded Skytrain without someone grumbling about new record-high prices on the west side, or the new average cost of a Vancouver special.

“I so admire 95% of immigrants from China. I don’t admire the 5% or so who are just looking for a place to park their cash.”

But there’s something else going on as well. You can’t often get through a paragraph of a news story about the housing market in Vancouver without a discussion of a spectre haunting the region and the market – Asian buyers. It seems that everyone has concluded that there’s a problem with the housing market – good job, everyone – but they’ve also decided that the most proximate cause of the problem is people who just aren’t us. It’s the Other, again. Yellow peril.

I don’t think we need to go the route of centralized economic planning of housing, where everyone is assigned a housing allowance and the state provides. In fact, I really don’t think we should do that. But this no-holds-barred, free-market-capitalism approach to housing in Vancouver is ridiculous and absurd. And it’s creating these scenarios of obscene outcomes, like where the rental vacancy rate in Vancouver is nigh on to zero, or where rental rates are rising 4.6% in one year.

It’s getting to the point in Vancouver where credit unions are warning of impending labour market collapse in Vancouver because people can’t afford to live here anymore. I think many of us know this first-hand; a basement apartment in Vancouver is $1,200+; a nice 300-square foot apartment in downtown might be $1,750. Some city councillors seem to think this is just fine, suggesting that “affordable” means what you can afford.

But what causes this? I’m going to be bold and suggest that it’s not “The Chinese,” despite the commonality of that argument. 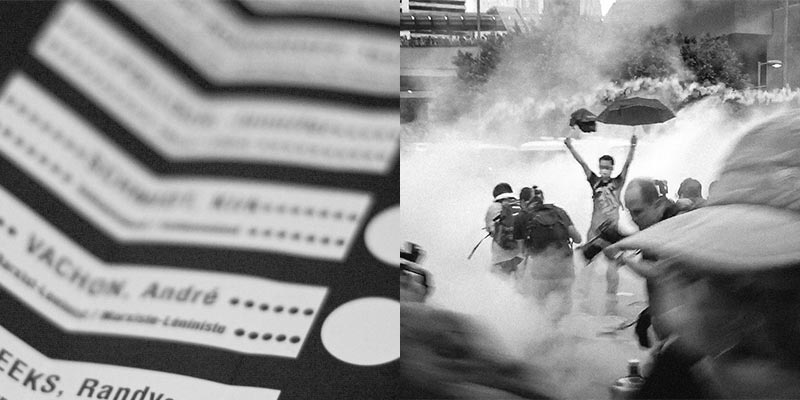 Voting in Canada is easy, even with everything the government has done to make it difficult.1 The simple mechanics are rather clear: you can take some time to observe the various candidates on offer and platforms up for debate, then you ruminate alone, or with your significant others, as to which candidate is the least offensive. Then, you gather up all the ID you can find that has either your photo or your address on it, preferably both,2 and you head on over to your local voting station.3 At the voting station, you queue in line and wait for a kindly elderly (or young) staff person to hand you a ballot. You then hide behind a piece of cardboard, scratch an X in the circle next to the name of the candidate you’ve decided is the least offensive, hand the ballot back to the staff person, and you’ve done your civic duty.

Writ large, millions of these kinds of actions take place during an election in Canada. Then, they’re aggregated together in 300-odd geographic groupings across the Canada, and the least offensively candidate in each area is declared the winner, and the party that has the most winners is handed the reigns of power.

It’s easy, because it’s easy to count the one candidate who received the most votes. It’s easy, because it’s easy to aggregate those individual winners across Canada and come up with a single winner. It’s easy, because we don’t have to think too hard about it. But it isn’t always so easy. This system benefits the people in power — the parties who have always had power, and who seem to always be in a position of having power. In Canada’s elections, the winners are decided by a solid minority of voters — the Conservative party, who won the last election, won 100% of the power with 38% of the popular vote. And not everyone voted, so the real percentage of support is likely much lower. This is easy to understand, but it’s not easy to understand why there isn’t an alternative — a more proportional system of voting, one that allocates power based on support.

Well, that’s actually easy to understand. There isn’t change because it doesn’t benefit those in power. And thus it ever was.

It might be easy to understand elections in Canada. It’s not so easy to understand elections in Hong Kong. First, the entire land area of the territory of Hong Kong is about the same size as the entire land area of the Lower Mainland of British Columbia. You can get on a subway train in downtown Hong Kong and end up in Mainland China in about an hour and half, not taking into consideration the potential lineups at the border.

And that presence of Mainland China not too far away from downtown Hong Kong is something that complicates even the idea of elections in Hong Kong in a ridiculous fashion. Nevermind the colonial history of Hong Kong – a colonial history that meant that when Britain controlled Hong Kong, it wasn’t too interested in giving Hong Kong residents the vote, except until the point when Hong Kong was going to be returned to China, at which point it tried frantically to give Hong Kong residents the vote  — until China asked them not to.

So you end up with a bizarre electoral system in Hong Kong, which means that despite the fact that the pro-democracy parties in Hong Kong received 57% of the vote in the 2012 legislative council elections, they received only 38.5% of the seats in the legislative council.4 Admittedly, even that is somewhat easy to understand — Hong Kong has a party-list proportional system, where residents are asked to vote for the parties that they support, with a list of candidates who will receive seats made available, and that list sorted based on the party’s preference. That sounds super complicated, making elections not easy, but that’s not true.5 In any event, what’s easy about Hong Kong’s elections is how simple it is for the system to be rigged against democracy:  a large part6 of the seats in the legislative council are reserved for “functional constituencies,” or business groups and organizations. Arguably, these voters are easy for Beijing to influence – and that’s borne out by the massive number of seats that go to the pro-Beijing camp.

This is ridiculously complicated, and it’s not easy. But what’s easy to understand is the impact: Hong Kong’s “democracy” is a pseudo-democracy, one that’s been built under the constraints of China, who do not want Hong Kongers to vote for anything that would give them independence outside of the framework China has given them. And interestingly, the people in Hong Kong are not happy with this.

What’s not so easy to understand is the difference in public reaction between Hong Kong and Canada. Canada’s democracy is one that is solidified in its constitution and one that cannot be reduced to meaninglessness easily. However, it’s quickly trending that way — recent cases of alleged electoral fraud haven’t seemed to have provoked any kind of public response. The current election is one that seems to be ready to return the Conservatives to power, despite the alleged corruption and fraud. Why are Canadians taking the easy way out, of not voting, of not contesting?

Hong Kong has a voting system that is rigged against the voters. Beijing controls the legislature, Beijing controls the election process for the Chief Executive. And yet, this year, and last, tens of thousands were on the streets of Hong Kong, protesting for the unfettered right to vote. Calling for the same basic rights that Canadians have.

Would they be protesting so strongly if the system they were about to get was the same as Canada’s? Or, rather, should Canadians be on the streets in similar proportion to Hong Kong?

At the very least, no matter the candidates that may be the least worst in your individual riding, the least you can do as a Canadian is get out there and cast a vote. Think of the people in Hong Kong who cannot.

“We Translated a Mandarin-Only Conservative Statement and It Criticized the NDP for Marrying Chinese Women.” – VICE News

“We Translated a Mandarin-Only Conservative Statement and It Criticized the NDP for Marrying Chinese Women.”
October 2, 2015
✖